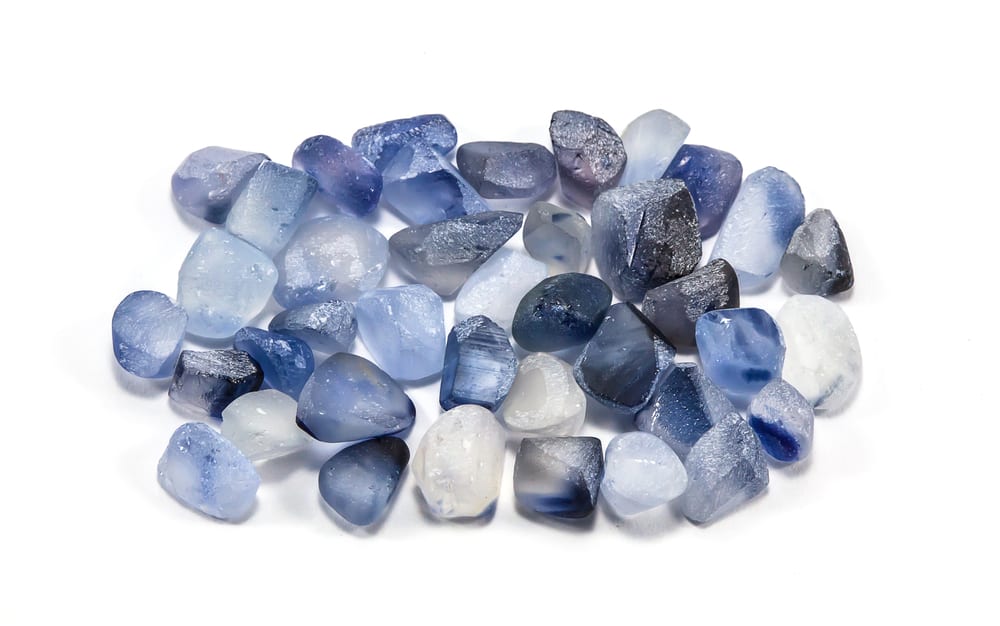 Sapphire, one of the big four gemstones is a variety of Corundum which also includes the variety Ruby. Sapphire belongs to the trigonal system, one of seven crystal systems and are identifiable in the rough in a barrel form or spindle shaped hexagonal pyramid which explains why some polished sapphires are finished with a deep pavilion.

Pure corundum is composed of aluminium oxide and is colourless and rare, yet various elements such as iron and titanium can create a range of colours including blue, green, orange, yellow, pink and purple. Chromium can cause the pink colour in sapphire.The intense blue of the sapphire is caused by the addition of titanium and iron to the mineral Corundum. 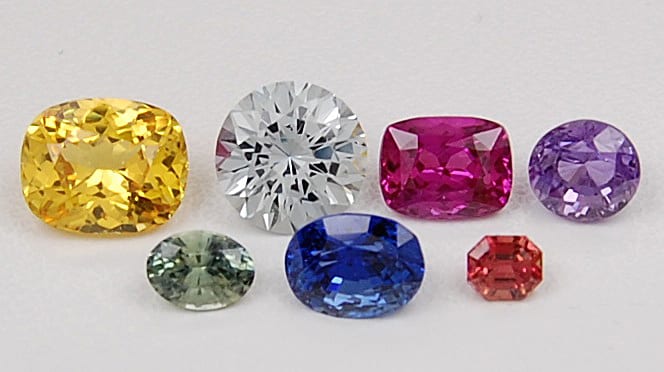 Sapphire is found in only a few locations around the world. The renowned areas includes Myanmar, Thailand , Sri Lanka  and Kashmir. Sapphire has also been mined in India, Cambodia and Vietnam. Madagascar and Tanzania are now considered important sources in addition to Australia which is synonymous with dark blue sapphire. The finest sapphires originated from Kashmir and had a limited run of mine, this source of sapphires are famous for a cornflower blue hue with an almost sleepy quality, described as ‘’blue velvet”. The Mogok region in Myanmar also produces fine sapphire and both of these regions command the highest prices at auction. 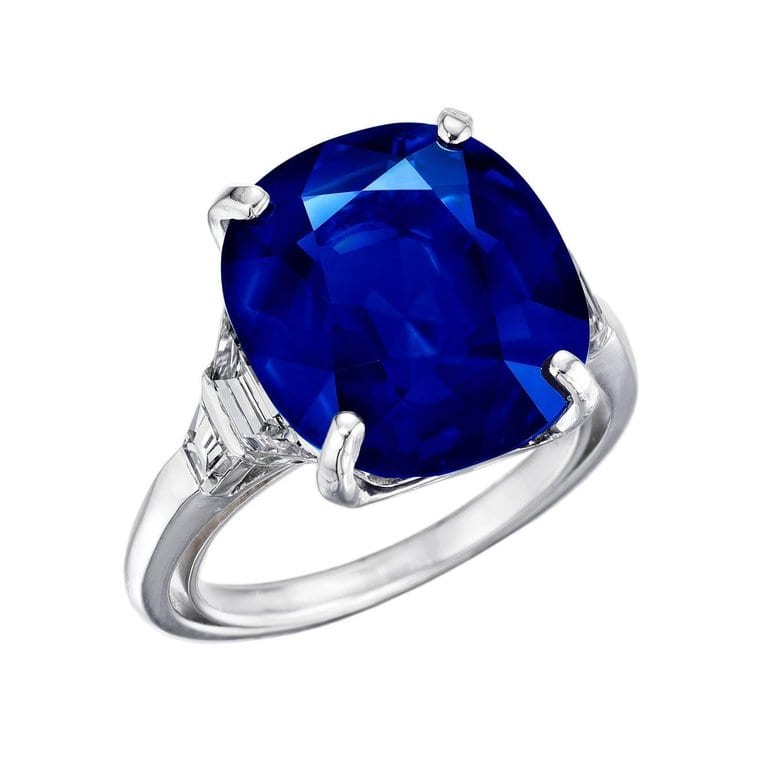 A Kashmir sapphire at auction

Other significant attributes of Sapphire

Padparadscha – Padparadscha sapphires are a rare variety and are valuable realising high prices especially if natural. The colour of these sapphires are pink- orange to orange-pink and were orginally found in Sri Lanka. 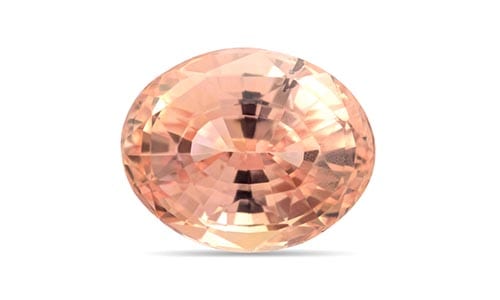 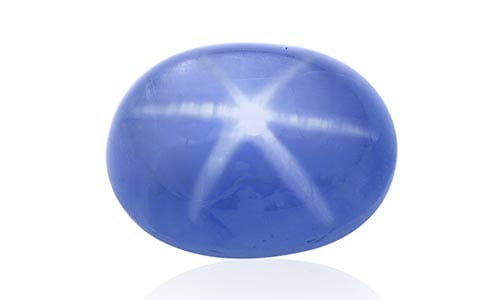 Star sapphire – Star sapphires exhibit an optical property called asterism which is caused by the inclusion of rutile needles which intersect within the crystal structure and can create the appearance of a six ray, eight ray or twelve ray star pattern. The ideal shape to maximise asterism will be en cabochon. 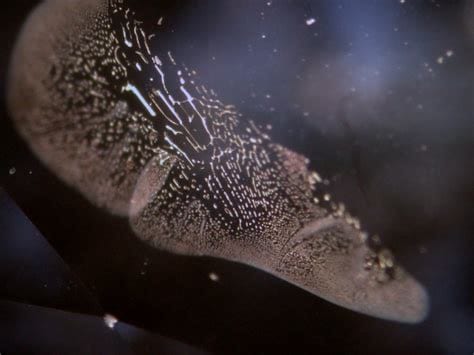 A fingerprint in natural sapphire 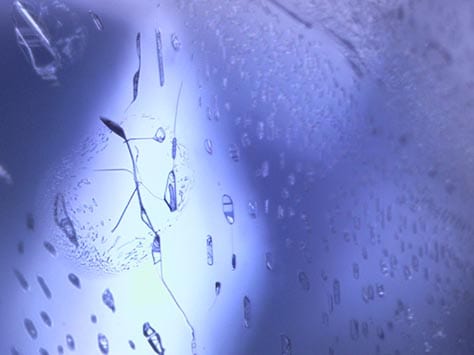 A feather in the rain in natural sapphire

The above photos represent two prevalent natural inclusions in natural sapphires under microscopy, in  addition to the above, a natural sapphire  can play host to mineral crystals, feathers (a break within a gemstone), needles of rutile and colour zoning.

Heat treatment to a specific temperature between 500 and 1800 degrees celcius for several hours will improve the colour and clarity of sapphire. With higher temperatures the rutile inclusions disappear and clarity is significantly improved. What is important with heat treatment is the disclosure of treatment throughout the supply chain.

However, there are other treatments which enhance sapphires and include surface diffusion with beryllium, where the beryllium diffuses into the crystal lattice and changes the way light is absorbed and differing colours can be achieved with this process. Titanium diffusion and diffused stars are the most common surface diffusion. Identification of titanium diffusion includes colour bleeding into surface reaching feathers.

The synthesis of sapphire took place in the early 19th century and there are several methods of production but the most inexpensive is known as Verneuil Flame Fusion. Aluminium oxide powder is melted with flame which causes the formation of long drops called a boule. The boule can then be polished into gemstones which will have the same physical and optical properties as a natural sapphire.

Other methods include the Czochralski process and Hydrothermal synthesis and all three methods can be identified with certain internal features. These features can seen with microscopy or a 10 x loupe.  Flame fusion features include curved growth lines and colour bands which do not look natural. The Czochralski process have features such as gas bubble inclusions and can have features associated with a veil like appearance. In the latter Hydrothermal method, there may be distinctive nail head inclusions. 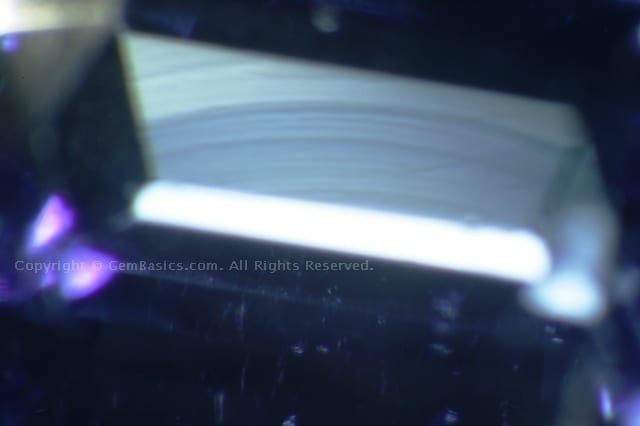 The durability of sapphire is very important as the gemstone is 9 on the Moh hardness scale meaning that the stone will be resistant to scratching and abrasion. For purpose of jewellery, sapphires can be set into various jewellery pieces. Sapphire has also good toughness, making it a stone that can be worn daily. Chemical stability is strong and diffused sapphires can be place in ultrasonic cleaning equipment.

When viewing sapphires there is an incredible range of colours and you need to decide what colour appeals to you most and then you need to consider the tone which can range from light to dark tone. Lastly, you need to consider the saturation of colour which will range from a light saturation to an intense saturation. Is the stone natural or enhanced and if natural what is the source origin of stone as this can affect price. If natural, then make sure sapphire comes with a recognised grading report.

Have a look at the two gem quality dress rings created below for two of my clients. If you take a careful look at the primary colour which is blue, the colour is modified with a greenish hue and originates from Sri Lanka. The lower ring is a Royal Blue Sapphire from Sri Lanka.

For any enquiries for Sapphire commissions, please contact https://grahamtom.com/contact/ 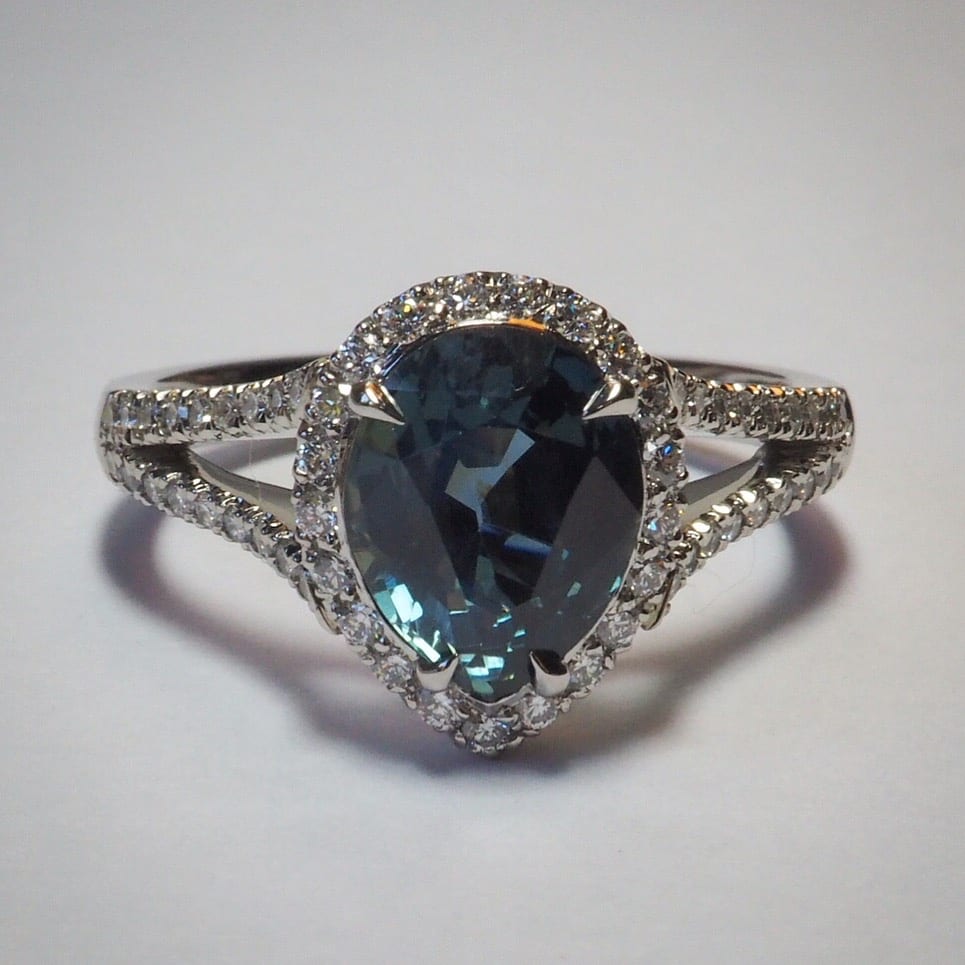 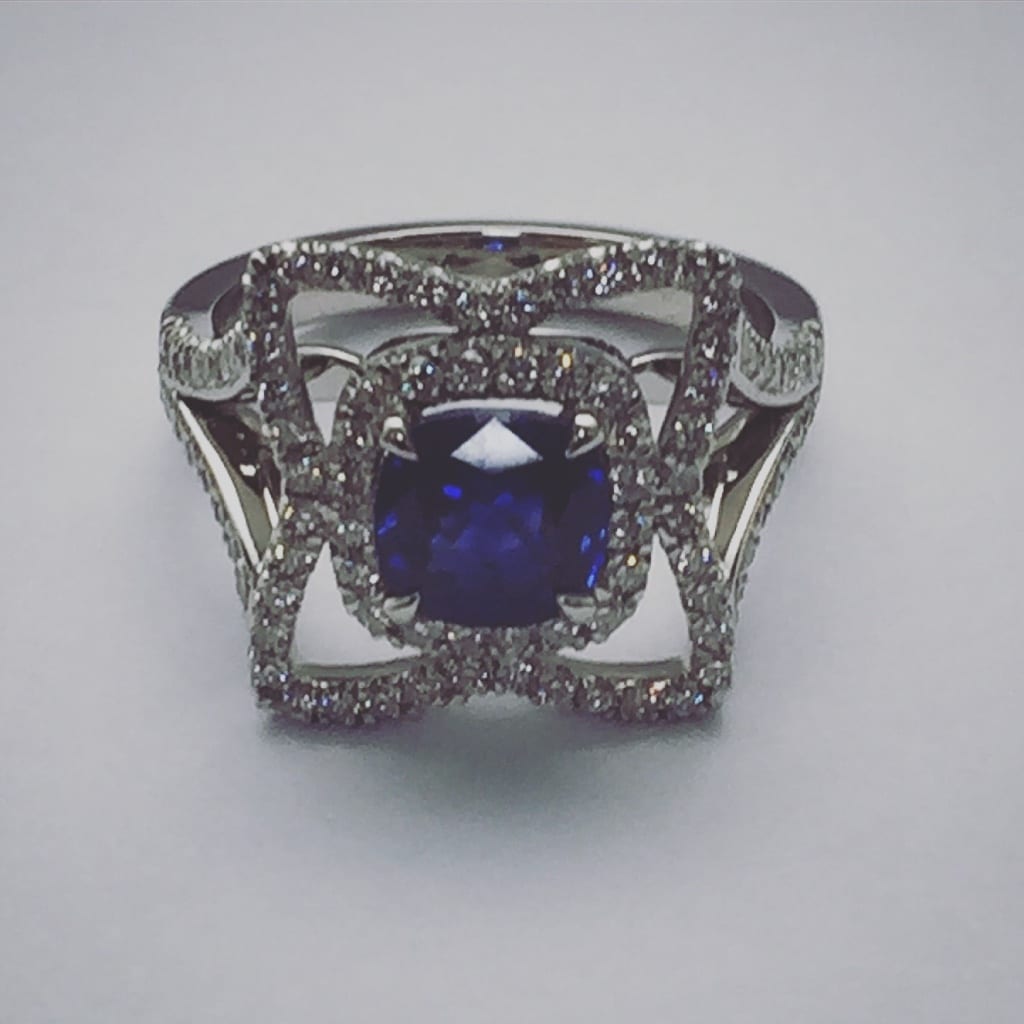